Below are some pictures from our first stop in Ronda, Spain.  Interesting place, and we lucked into a festival.

View from our hotel:  It’s quite a beautiful place, with a commanding view of the gorgeous Tuscan-like countryside, visible from almost everywhere in the hotel – like our balcony.

Local market – she’s cooking different kinds of sausages for you, served with a plate of potato chips.  Say what?  Also a shot of the bread guy. 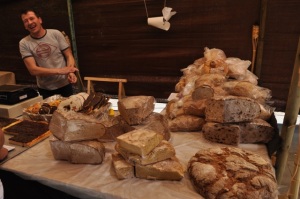 Below are some views of Ronda.  It was quite a fortress (you can see there would be some difficulties in access), and it’s very clear why it took awhile to fall to the Reconquista.  It’s a beautiful city of white-washed homes and narrow streets, with frequent overviews of the idyllic villas and farms. 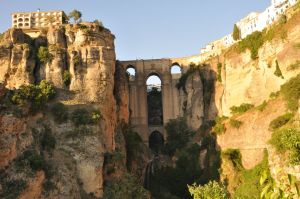 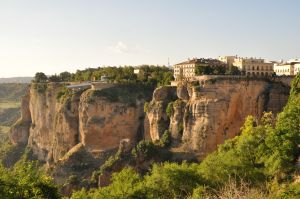 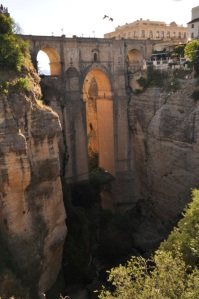 The views of the surrounding area are spectacular: 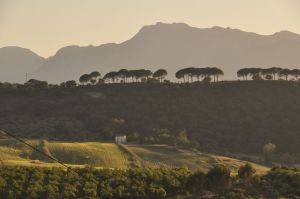 The city itself is quite attractive, as shown below.

We managed to luck into a local festival with the surrounding small towns: 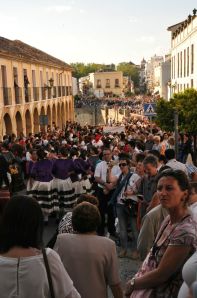 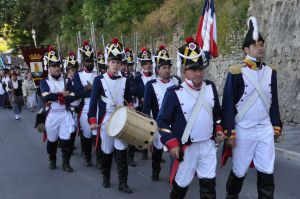 There are ancient (1100’s) ruins of Moorish baths (similar to Roman baths a thousand years earlier) just outside the old city wall; based on the Koran, one would bathe before entering the city.  There’s a changing room and latrine outside, then a cold room, warm room and hot room.  The temperature was based on distance from the boiler, the heat coming from ducts under the flooring.  You had to wear wooden shoes to keep the feeties from getting too hot.  Water was thrown on the floor to get steam.  Below is the changing room (minus the barrel-vault ceiling) and the large  warm room. 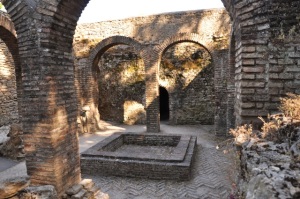 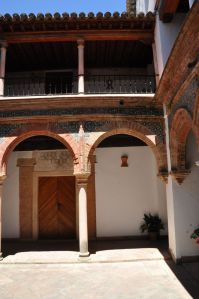 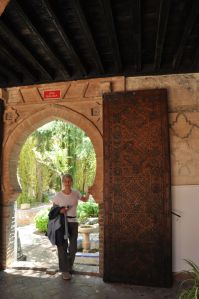 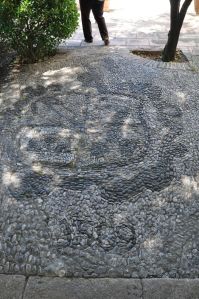